Trance started back in 1979 and after the release of the self financed 7″ single “A Hard Way To Go”, they have released their debut “Break Out”. The follow-up album “Power Infusion” brought them on the top of the German metal scene along with Accept and Scorpions. Due to various circumstances the third album “Victory” was released later than expected. Still a success with hits like “Break The Chains” or “We Are The Revolution” it was the beginning of problems with managements and other business related things. “Back In Trance” needed to be released under the name “Trance Mission” before they got their name back. Several albums were following through the late eighties until the mid-nineties before Trance was disbanding. The glorious return with the new album “The Loser Strikes Back” lead to tours with U.D.O. and Anvil and a lot of festival shows. Trance is active again as of 2011 under the original name TRANCE with original co-founders Markus Berger and Tommy Klein, after a temporary name change to „Trancemission“, which was then later subsequently furthered by the other co-founding member Lothar Antoni. The band is stronger than ever and was one of the highlights during the Headbangers Open Air festival last year!! Check them out; their new singer brings the band to another dimension in ROCK!!! It will be a Power Infusion!!!!

Mother of Sin is a heavy metal band from the north of Holland, formed around former Elegy and PrimeTime singer/guitarist Eduard Hovinga and former Vengeance drummer Gerry de Graaf. The combination of great instrumental skills, complex songwriting and strong melodies, makes one think of a fusion between bands like Symphony-X, Cacophony, TNT and Masterplan. Shortly after the formation in 2003, the band recorded a demo cd. Because of the good reviews received in magazines and e-zines like Lords of Metal and Metal Guardian, the band got to play with some well-known international acts like Symphony-X, Joe Stump’s Reign of Terror and Helstar/Distant Thunder. In 2004 MoS signed a record deal with the Italian recordlabel Adrenaline/Steelheart. The debut album, Apathy, was the next logical step. The band found a great producer in VandenBerg’s bassplayer Dick Kemper, who already did great productions with bands like VandenBerg, Krezip and Intwine, in his S&K studio. In 2004 the band recorded a MoS version of the Anthrax classic – Madhouse – for the “Tribute to the Glory of 80’s Metal” album, as released by Adrenaline/Steelheart. In october 2005 the debut cd Apathy, containing 10 tracks, was released. It got very good reviews by international media. Check out this site for more info. Shortly before the recording of the follow-up record in 2006, the band fell apart. Key members Eduard and Gerry pushed on and recorded the second album Absolution together. They also chose to look for a new recordlabel for the release of the album. At this point Mother of Sin has no record deal.
Now in 2008 the line-up is completed by bassplayer Peter Groen and MoS is playing live again. (with e.g. Blaze Baily, Vengeance and Sacred Steel). MoS has released the Absolution album in 2010. Lately the band finally released their latest album “3” om Big Bad Wolf Revords. The band not playing that much live but it’s the 3rd time MMM brings them to Tilburg! Check out these melodic rockers! You want regret it!! 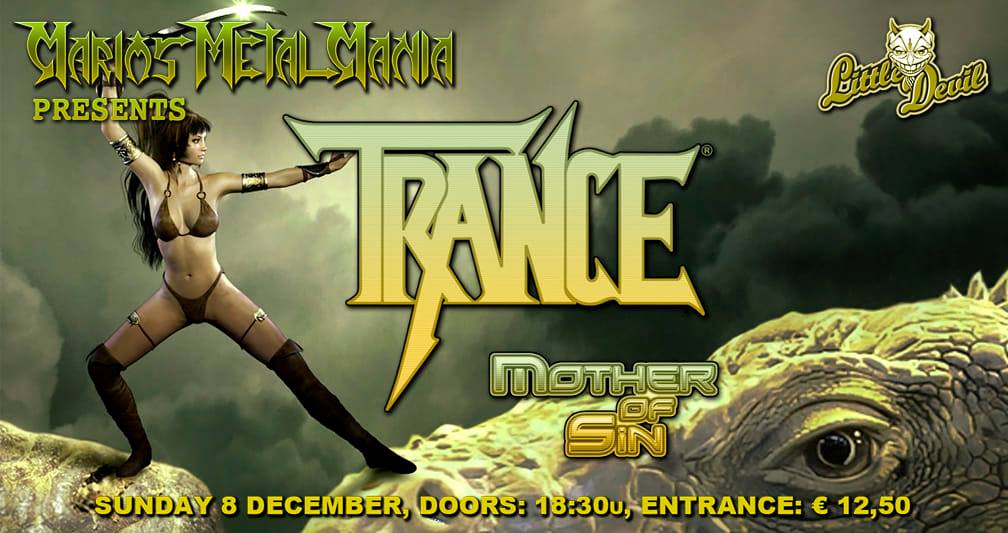 Oud & Nieuw: The Devil Went Back!
Scroll to top