Since 1990 brothers Alex Camargo, Max Kolesne, and Moyses Kolesne have imbibed heavily in the deadliest form of metal known to mankind. They are brothers in death metal. Literally. In fact, there exist few bands that embody the genre quite like Krisiun, who celebrate 25 uncompromising years with the release of new album, Forged In Fury. “I think the fact that we are three brothers helps a lot,” says Max, the youngest brother of the trio. “When two of us are fighting the other brother will always try to calm the others down. We have been playing together for so long that our personal relationships have improved a lot. We learned to talk things out instead of fighting. Also, the chemistry we have created playing together for so many years makes it easier to write songs and keep the
band’s style.”

From Krisiun’s merciless debut album, Black Force Domain, through 2011’s lauded The Great Execution, the group’s approach is unmistakable. Copycats and sound-alikes run rife in death metal. Not Krisiun, who take their name from the moon’s Mare Crisium. No band, alive or dead, sound like the Brazilians. While the ever-blast of drummer Max and the unbridled guitar solos of Moyses have become more focused on recent releases, there’s little doubt Forged In Fury was forged in the same hellish pit of fire by the same set of wicked hands. “I’d say the new album has more diversity,” reveals Max. “But at same time it’s more straightforward and angrier than The Great Execution. The new songs are the soul of the band. A real band has to move forward, evolving and bringing in new ideas to stay strong. And on top.”

The writing sessions for Forged In Fury started in 2014 and continued into the first half of 2015 while the trio weren’t globetrotting in support of The Great Execution. At home in, Brazil, the brothers would gather five days a week to rehearse, re-tool, and polish songs slated for Forged In Fury. The time spent on songs like “Earth’s Cremation”, “Scars of the Hatred”, and “Timeless Starvation” proved invaluable, actually. At no time in Krisiun’s history has their music felt absolutely savage yet perfect for breaking neck no matter the venue size. “When we are working on a new song we have to think how it will work live too,” Max considers. “Not just for the crowd, but for us. The whole point of playing music live is to make it exciting and interesting for the crowd and for
the band.

And with the newer songs we have now a good balance between real fast stuff and the songs with more variation and with slower parts. It makes the show more exciting and it has more impact. I’d say that our setlist live is way more exciting now than it was in the past. We’ve learned a lot from touring.”

Recorded at MANA Recording Studios in St. Petersburg, Florida, Forged In Fury is crushing yet clean. The production, expertly handled by death metal legend Erik Rutan, is modern yet purposefully old-school. Forged In Fury has an undeniable presence. From the thunderous “Burning of the Heretic” to the monstrous “Ways of Barbarism”, it’s clear Rutan knew what to expect from and get out of Krisiun. “It was really awesome,” says Max with a slight grin. “The vibe was great. Erik is a great friend and we feel home at his studio. He totally respected the way we work and did his best to make us feel comfortable recording. We practiced a lot before starting the recordings, so everything went smoothly.”

As for why Krisiun went with Rutan in a veritable ocean of able-skilled producers boils down to the right feel. They could’ve hired Andy Classen, a familiar face to the Krisiun camp. They could’ve hired superstars like Fredrik Nordström or Andy Sneap. But they didn’t. In fact, the brothers could’ve even produced Forged In Fury themselves, but instead opted to hire the Hate Eternal frontman. “Because we thought Erik was the right guy this time,” Max admits. “And the best result we would get was recording at his studio. He totally captured the band’s real vibe, and made this album sound real. The way it sounds is absolutely natural.”

Forged In Fury is Krisiun’s high-water mark. Make no mistake. The Brazilians have a storied career and a body of utterly brutal work, but this album is the group’s most accomplished to date. It’s definitively Krisiun yet Forged In Fury signals so much more. It’s both a look back at Black Force Domain and Apocalyptic Revelation as well as a brave heave forward. “It’s really hard to say where death metal will go from here,” ponders Max. “It’s so diverse nowadays. There are so many different styles. Bands even mixing up some emo crap and love-happy melodies with death metal elements. Also lots of fake recordings, bands manipulating performances in the studio. They totally kill the vibe of the music. There’s a lot of ‘false death metal’ out there.”

Eternal hails to Krisiun and Forged In Fury!

Sepiroth is a deathmetal band from the Netherlands. It came into being in 2003 and is still alive and kicking. For fun, friends and family, come join us at a gig near you!

Between their very first start and now, the band has been able to share the stage with amazing bands such as: 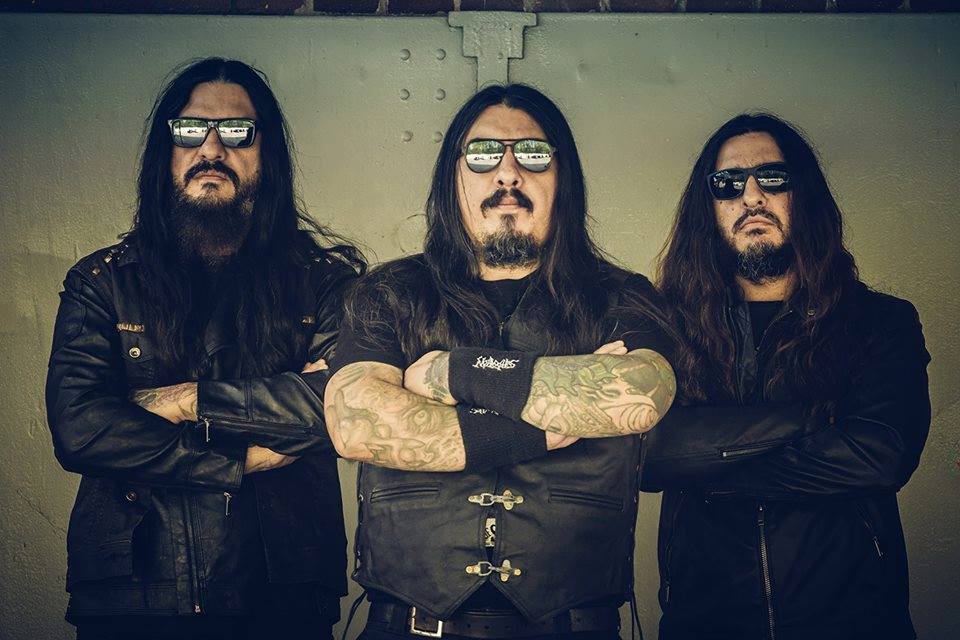