Exclusive Reunion Gig of the oldest Dutch Heavy Metal band ever, since 1971.(Back Out, vinyl release party)!

The original plan was to record a demo, do one or two gigs and leave it there. However, their demo “Shock & Awe” was received with so much enthusiasm that they decided to go beyond that. Ear Danger will pick up playing live gigs.

Doodswens is a black metal band from Eindhoven (NL) , founded in autumn 2017 by Fraukje van Burg (vocals and guitar) and Inge van der Zon (drums). Doodswens produces raw music with its own identity, inspired by the old school black metal sound from the late 90’s. 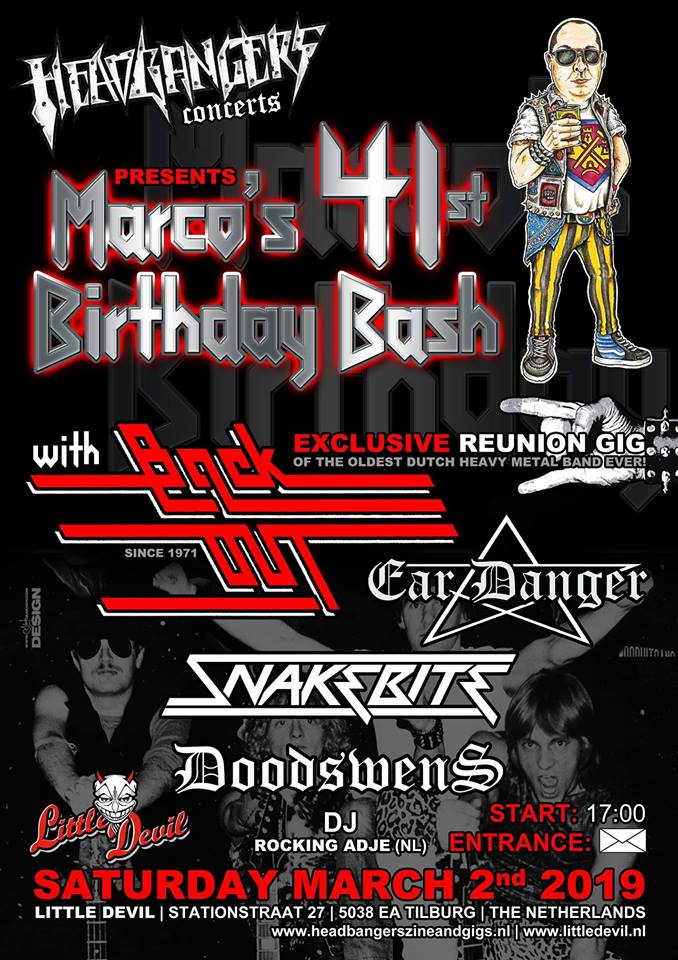