Crowned ‘probably Europe’s best Southern Rock band’ by De Gitarist Magazine, Black Bottle Riot has played at festivals such as Rockin’ Park, Eurosonic/Noorderslag and Down The Rabbit Hole and over the years the band shared the bill with Pearl Jam, The Black Keys, The War On Drugs, Black Stone Cherry, Rival Sons and Ryan Adams. Their ‘one minute of fame’ on national television show DWDD led to a support slot for ZZ Top. In reviews, rock magazines like Aardschok (8/10) and Revolver’s Lust For Life (4/5) foresaw a growing band with no strict musical boundaries, whilst still staying true to itself. 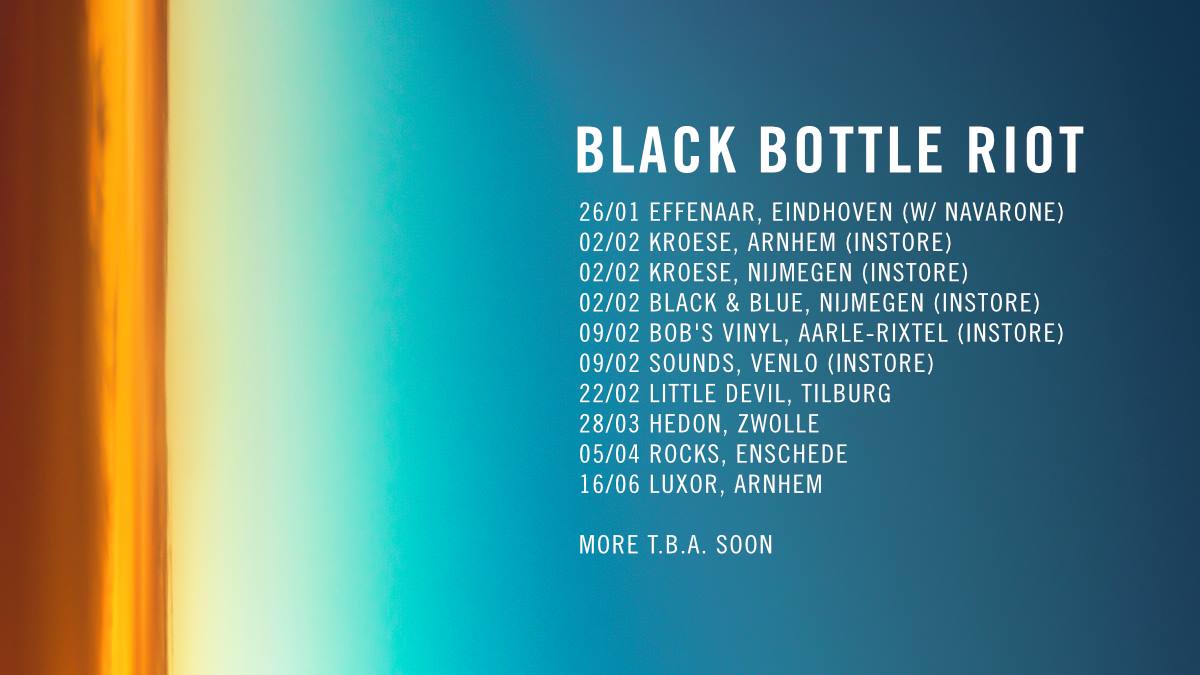