Following the unprecedented and stellar success of AC/DC’s own Rock or Bust worldwide tour; emulating the genuine outfit is no small task. AC/DC UK however not only aim to emulate the genuine article at their most successful, but accurately chronicle the entire career of AC/DC.
The AC/DC UK show is a journey through the band’s history. Opening with a set of raucous and incendiary tunes lead by the ever inimitable Bon Scott, the band show off the roots of a legendary band in the making. Following a ferocious onslaught of AC/DC stalwarts such as Hell Ain’t A Bad Place To Be, Sin City, High Voltage, TNT and more, the band evolve and transcend into the next era of DC. Brian Johnson then takes to the stage to deliver tracks such as Thunderstruck, Back In Black, You Shook Me, Shoot To Thrill; delivered with the same tenacity, volume, and passion as the real deal! All the AC/DC gimmicks are brought out to whip the crowd into a frenzy! From Angus’ famed striptease, to riding Bon’s shoulder’s through the crowd; As well as Brian’s iconic flat cap, and fully firing cannons to salute those who rock!

2016’s ‘Dog Eat Dog’ tour saw AC/DC UK build upon their previous successful tours, which over 2 years has seen the band play in excess of 150 shows over 6 different countries worldwide. These included a number of notable festival slots alongside the likes of Alice Cooper, The Darkness, Steve Vai, Santana, Magnum, Within Temptation, Saxon, and more. As the AC/DC UK juggernaught rolls into 2017, this could be the band’s most explosive year!

For those who want to experience the true journey of AC/DC, this is the band to see! 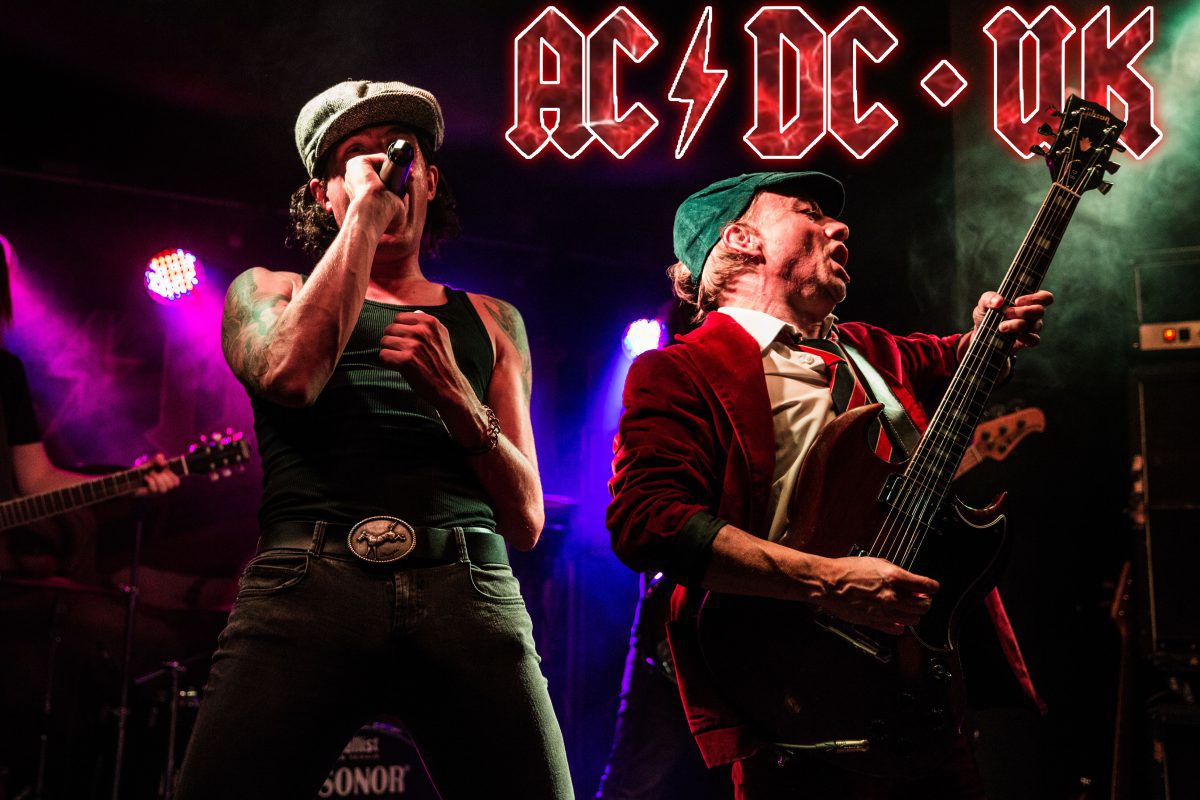