Through the time and universe of rock-history, there have been a few words interlocking the important events. Words as Loud, Groovy, Electrifying and Over the top – words that also could describe Swedens Hypnos. A band that holds the capacity to unite an audience of headbangers, stoners, retro-kids and old farts. Wherever you find Hypnos you will find awesome rock music. With their twin guitar hooks a la Thin Lizzy, powerful vocals reminding you of a young Halford or Dickinson, groovy rhythm section and stunning stage performance it’s hard not to get going by their show. There is a playful vibe over the band. There is something more than just 70´s retro or 80´s revival. Hypnos have their home in Gothenburg a city that is notorious for their high amount of quality rock acts. Hypnos is very much a central part of the city’s contemporary rock-scene where you among other can find acts as Night Viper, Honeymoon Disease, Horisont, and Graveyard. Perhaps though the playful vibe and the laid back and easy going attitude of the band is because of the bands ex-member list that is just as long as any classical rock act. The constant changing of members have given the band the opportunity to always evolve, and they have always kept the feeling that each riff might be the last riff they would ever play. The band released GBG Sessions in 2018 that is a special album as it both shows a live experienced band at the same time as it features the band’s new singer Linus Johansson for the first time. Hypnos had trouble during the first a half of 2017 when the band’s previous singer Philip Lindgren decided to leave the band and soon after their old label Crusher Records was put on hold. But no challenge is big enough for Hypnos as the band rises like Phonix from the ashes. Hypnos started in 2013 and recorded and released their debut album self-titled album in 2014 (Crusher Records). In 2016 the band released their second album ”Cold Winds” (Crusher Records). In 2017 the band re-recorded many of their favorite tracks from previous releases for their ”GBG Sessions” live in the studio album. The session also included two brand new songs. Hypnos returns in October 2018 with their brand new album ‘Set Fire To The Sky’. The band has refined their sound together with producer Ola Ersfjord (Tribulation, Primordial, Honeymoon Disease). The sound is clearer and creates more space and room for the music. Hypnos are establishing their sound with the new album. It´s clear that ”Set Fire To The Sky” is the launchpad for the bands future. Today the band is stronger, wiser, more mature and have gained a new singer and a new label in The Sign Records. Hypnos came to their crossroad but this new live session album shows that the band knows their direction and the future has never looked brighter.

Lizzies 9 track album ‘Good Luck’ is an outstandingly fresh debut that showcases and impressive blend of shades of rock and metal. The band has a unique approach and an insaciable hunger for hooks and great melodies backed by a really strong capacity for composing simply good songs. ‘Good Luck’ was recorded and produced by Ola Ersfjord (Dead Lord, Tribulation, Primordial) in Terrrasa and Madrid and it’s been mastered by Magnus Lindberg. The artwork has been handled by Mario Rivière (Adolescents, Muletrain). Patricia, guitar, states: “‘Good Luck’ is the result of an intense year of growth and evolution together. We were looking for something fresh and catchy, something that lasts! Recording it was as natural as possible – no metronome, playing together…- which was an amazing experience we will never forget thanks to our producer, Ola”

Lizzies are a four piece heavy metal act from Spain, which perfectly combines both the aggression and the melodic edge of classic NWOBM with a breathtaking fury and dedication that results in an impressive blend of energy and attitude rarely seen among young bands like this.They were formed in Madrid in 2010 by Motorcycle Marina (bass) and Patricia (guitar), who recruited Elena (vocals) and Saray (drums) before they started playing shows all over their home country. Their impressive riffing, and most specially their strength and power onstage, helped the band building an outstanding reputation that took them to play in Germany (Metalheadz Open Air & Headbangers Open Air), Sweden (Muskelrock) and England (Live Evil) and also to become one of the most promising bands of the underground scene in Europe. 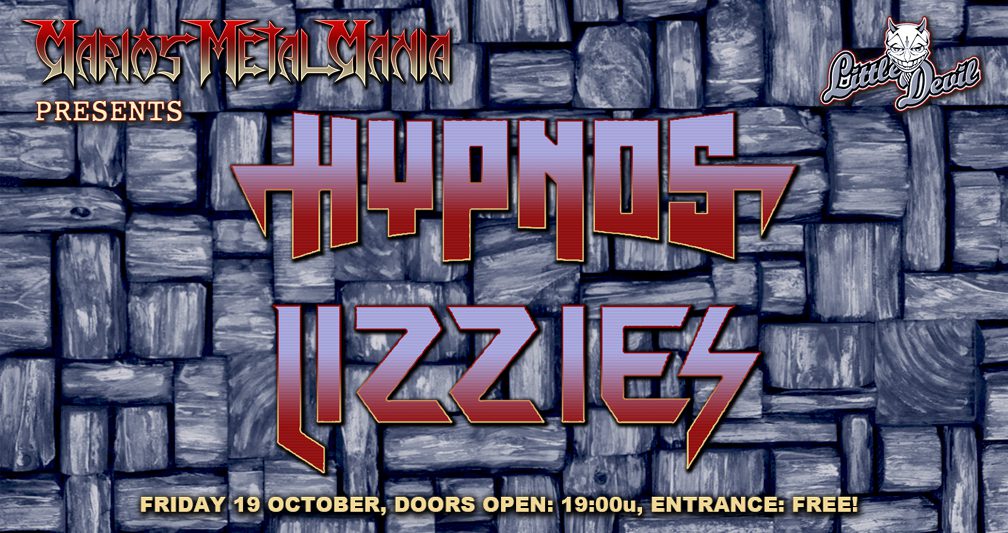