Unapologetically straight-forward thrash metal in the vein of the 80’s Bay Area bands such as Exodus, Slayer, and Vio-lence. To date, the band has released five critically acclaimed full-length albums, each of which feature fast, headbangable riffs in modern stomp anthems and a sometimes comedic yet always violent songwriting sensibility. One of the icons of the genre, touring Europe for the third time. And also for the 3rd time @ Little Devil! Both previous shows are memorable; full speed ahead moshpit off over an hour! One of the best in their genre!! Dont miss them; everybody is impressed by their energy and power!!

Fast, old-school speed metal, from maniacs to maniacs. After releasing 3 acclaimed albums and touring over US, now it’s time for Seax to hit European stages for the first time. Check these newcomers out!! You wont regret it!!

Since the mid 90’s Ravage is around spreading their blend between the melodies of Iron Maiden/Helloween with the raw power of thrashers like Testament and Kreator. Currently promoting their latest Album ‘Return of the Spectral Rider’ released in 2017. Check them out! You will be surprised!!!! 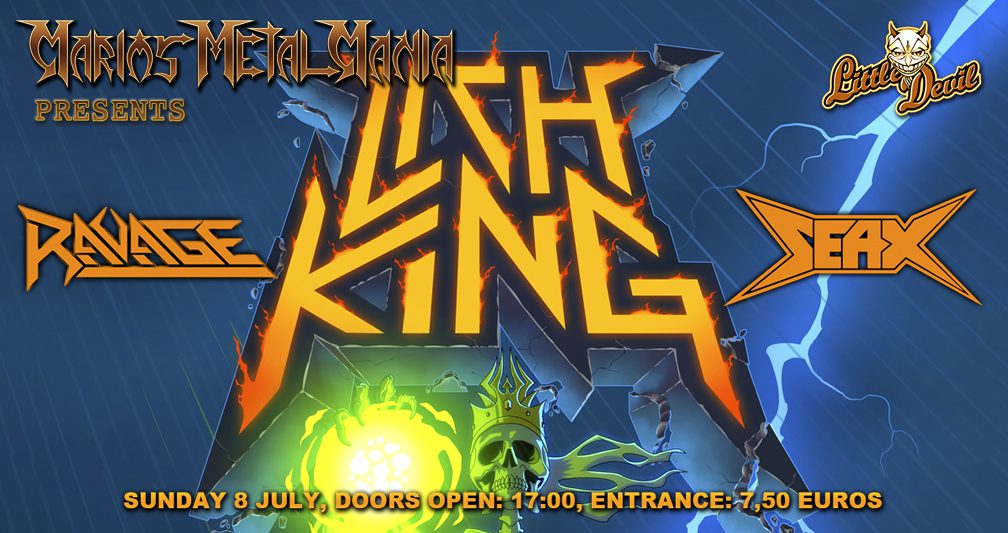