Mancunian slam crew INGESTED have built a reputation as one of the most savage death metal acts to come out of the UK for a long time. Punishing beat-downs, epic riffage, guttural vocals and blistering speed are just some of the weapons in Ingested’s musical arsenal.

Heavy breakdowns, melancholic melodies, stirring songs and an intense live performance. That’s what Depths of Kronos is all about, a modern deathmetal band hailing from the deepest pits of Tilburg.

Funeral Whore was created in 2006. The first official release of material throughout a records label (Godeater Records) was made in 2010 on pro-tape. Also a “7 inch split was released with Profanal from Italy through Blasphemous Art & Unholy Domain. 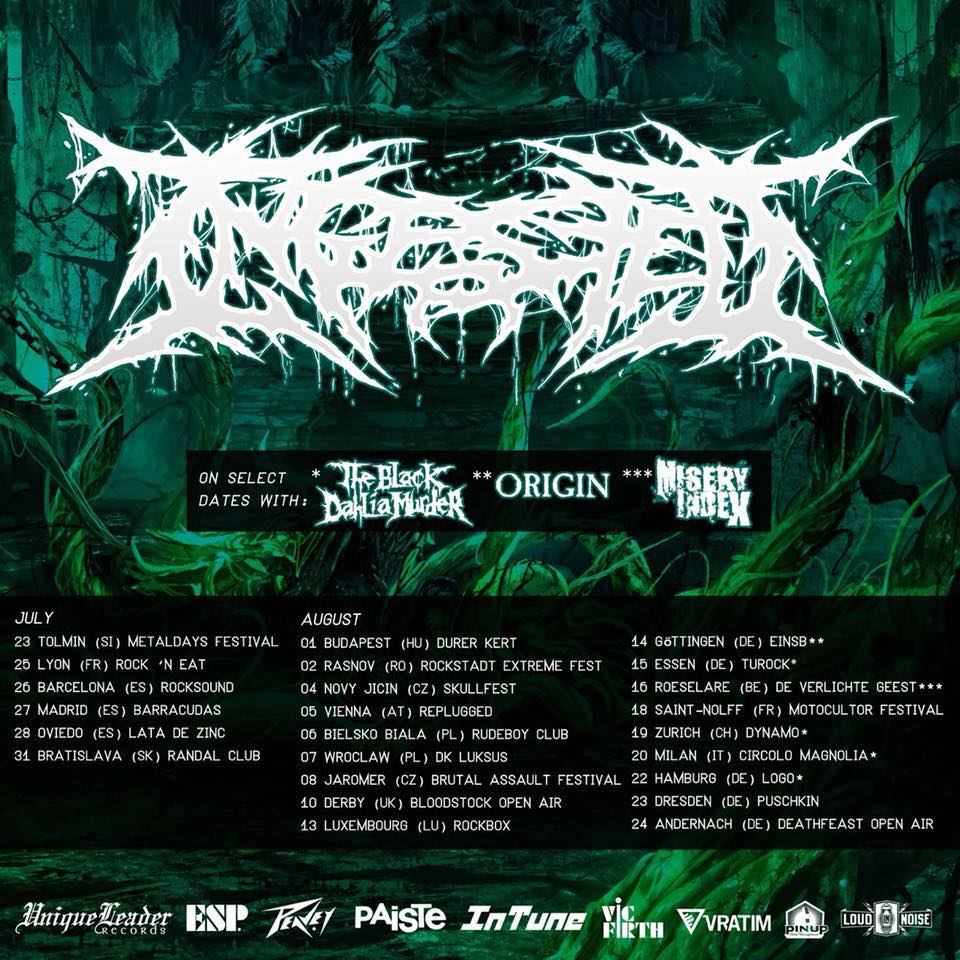