Few punk bands have remained in business for as long as the veteran Canadian trio, Dayglo Abortions, has. Since 1979, the band (in one configuration or another) has been offering up no-holds barred punk rock (that was eventually merged with heavy metal), as well as some truly over-the-top (and unforgettable) album cover artwork/images. And the lads are back with their first studio album in twelve years (and ninth studio set overall), ‘Armageddon Survival Guide,’ which will be unleashed on March 25, 2016, via Unrest Records.

GOLERS has built up momentum over the course of 4 albums and many tours. 1999’s “South Mountain Style” ushered in the classic Goler sound combining most, if not all extreme metal styles with punk and thrash into one cohesive sound. Next up was 2004’s “2nd Generation”, which showcased a slightly more polished sound and with these two albums they began to gain a following in their hometown of Vancouver BC and surrounding cities.
2009 saw the release of their 3rd album “Backwoods Messages” which has helped spread the Goler word further.
GOLERS have this to say about their new release:
“We are very proud of our newest album “In ‘n’ Outlaws”, it’s a fine example of what we consider to be “THE GOLER sound”. It’s FAST, EVIL, PUNK-METAL!!!”

Dayglo Abortions (CAN)
The Golers (CAN) 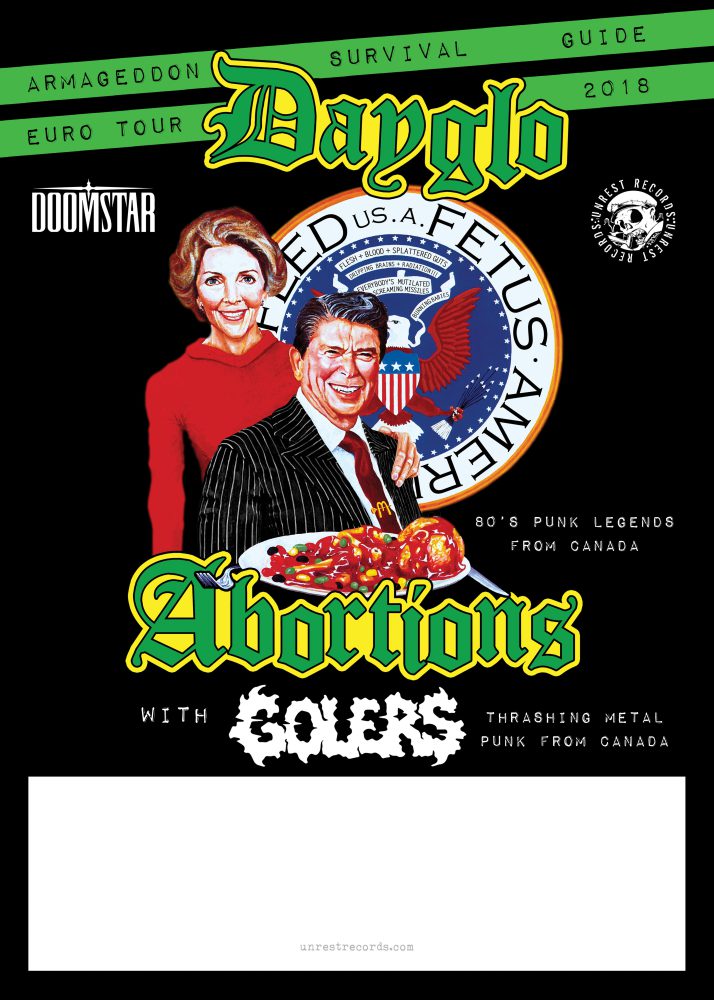